Growing disillusionment with politics and a pattern of corruption and abuse endemic to a Liberal party government in Australia gave rise to a wave of Independent political members standing for parliament earlier this year.

Do Gooder had been keeping a keen eye on the rise of the Independents in Australia over the past three election cycles. As an organisation that's been around activism and proponents for change for over a decade, we provided support and some behind the scenes input as the movement grew to become the Teal Tsunami. A movement that played a huge part in decimating the conservative Liberal party in Australia's 2022 election.

As the election loomed we were already hard at work supporting a large number of grass roots and big NGO campaigns focussed on targeting candidates in the upcoming May 2022 election.

These campaigns all shared a core theory of change that if we can focus people on the policies, rather than the used car sales approach of the big parties (with their photo shoot sound bites and trivial point scoring) democracy would be better served.

As part of doing our political bit, Do Gooder was proud to team up with some of our most driven activists and campaigners to facilitate crowd sourced candidate data that fed into our advanced politician lobbying tool. This enabled supporters to locate candidates based on address or postcode and to challenge them on the campaign issue.

Campaigns such as Birdlife State of the Environment campaign, Home to Bilo

and Australian Parents for Climate Action candidate pledge exemplify the approach and tireless work of campaigners.

We couldn’t stop there though and after consulting with our contacts within C200 we decided to try to raise some last minute funds to help provide the 7 independents with the best chance of winning. At this point in the Independent campaigning any last minute funds were critical to increasing face and name recognition at the polling booths.

We launched Don't Sit This One Out, a line spoken by Simon Holmes’ Court (Convenor at C200) who urged voters to not sit this election out, a month before the election. The campaign raised over $44,000 which ultimately went into social advertising in a key race that was ultimately successful and helped secure a strong Independent result.

The campaign microsite utilised Do Gooder’s advanced mapping technology to provide context for donors on the Independents and pushed people to the Raisely fundraising platform for its advanced matching donations functionality.

Having invested time and a chunk of our own revenue into the campaign we were delighted on election night that almost every one of the Independents on our campaign won! The course of Australian politics had been altered, for good. 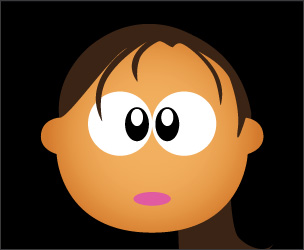