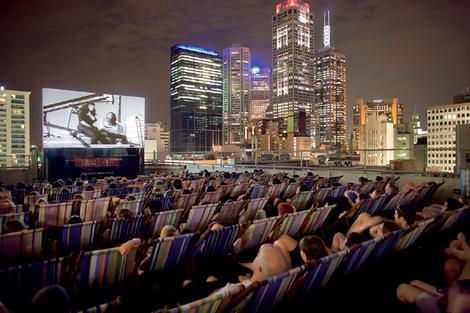 The ** first campaign to go live last week** was from Nadia Saccardo who wins a Do Gooder t-shirt and the appreciation of movie loving Sydney-siders as she campaigns to bring the joy of open air indie cinema to the city.

We’re big fans of the ‘Support a Rooftop Cinema in Sydney’ campaign – especially as the crew behind the cinema are renowned for being thoughtful, responsible operators who have gone as far as committing to using headphones for the movie soundtrack to reduce noise for concerned residents.

The issue comes to a head with **a **council vote tonight after weeks of intense lobbying by an organised residents block who oppose it despite the support of the city’s own town planners and the broader local community.

Send Clover Moore an email to support the rooftop cinema.

‘If the planet is warming, why is it so cold in my heart?’ asks Alan Jones.