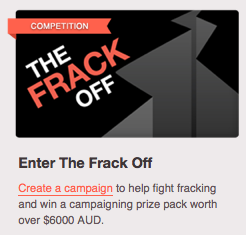 We’ve been watching the fracking debate in Australia heat up and decided to run a competition: ‘The Frack Off’.

‘The Frack Off’ invites everyone to compete to create the best anti-fracking campaign. There’s a prize pack worth $6000 AUD which will give the winning campaign the support it needs to have a real impact.

Fracking or coal seam gas (CSG) is a controversial gas mining technique that is galvanising Australians from all ends of the political spectrum.

The French have permanently banned fracking, South Africa has placed a moratorium on coal seam gas mining, and the disastrous human and environmental effects have sadly been allowed to play out in America, made famous by the film Gasland.

The New Statesman called coal seam gas ‘the next threat to the planet’. Yet the debate rages on in Australia.

Now is a hot time to act on this issue. Prime Minister Gillard is facing pressure from a political alliance – unlikely allies the Greens and the Coalition who have teamed up to support the right of farmers to refuse access to their land – and community alliances including our friends the Lock the Gate Alliance.

Check out this infographic on the impact of fracking (click to view larger image) and join us in the fight by entering The Frack Off. 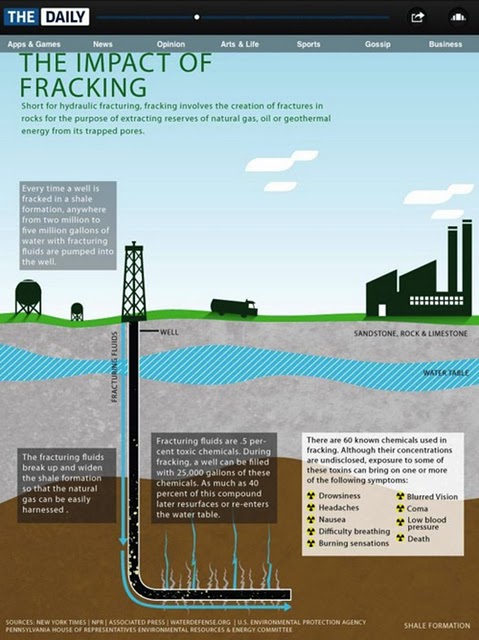 Urgent action needed on campaign to rethink the "Malaysian Solution"

Do Gooders of the week: 'Exit'