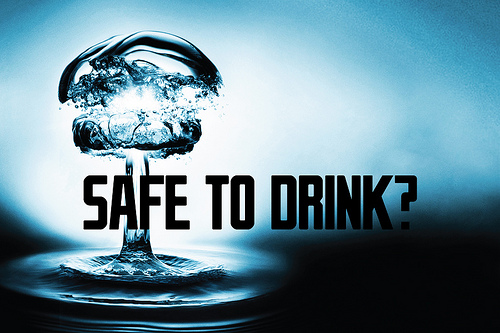 When we launched Do Gooder we wanted to give people a reason to give the platform a good run while giving back to the community. The Frack Off, our competition calling for a killer campaign to stop coal seam gas exploration in Australia hoped to do just that.

We expected something good but we didnt expect quite the awesomeness that the ‘Safe to Drink?’ campaign from Dan, Sam, Justin and Andy delivered.

The campaign has a strong, simple message which cuts to the crux of the issue and speaks to common ground for all people – the importance of clean drinking water.  The ‘Safe to Drink?’ campaign’s primary call to action asks supporters to call their MP (which has a 1,000 x stronger impact than an email) with talking points making it simple and easy to complete – even for the first-time lobbyist! The judges felt this was the good choice for such an emotive issue.

The campaign was submitted with a set of downloadable posters which we think have the potential for enormous impact. These posters are a perfect example of what a great campaign needs: creativity, fun and effectiveness.

Congratulations to our winners and thanks to all who took part in the competition! The campaign is an active ongoing campaign and so we urge you to:

Ask your MP is our water Safe to Drink?