With a single stroke of the presidential pen, President Barack Obama rang out 2016 by protecting 1.35 million acres of some of the richest cultural and archaeological significance in the United States as a National Park.

Backed by eight separate Do Gooder email and petition actions over a year and a half, Friends of Cedar Mesa and the Bears Ears Inter-Tribal Coalition – an unprecedented alliance of Navajo, Ute, Hopi and Zuni leaders – harnessed the power of 39,732 people to target Congress and President Obama himself.

The diversity of actions used in the campaign kept people engaged and targeted politicians in different ways.

“Non-controversial campaigns are easy,” says Josh Ewing, Executive Director, Friends of Cedar Mesa. “But when you’re doing something historic, you’re going to have opposition. Do Gooder made it easy to activate our supporters in a way that integrated seamlessly with our website.”

What do nearly 40,000 supporters look like? Each delta on the action map below is one person raising his or her voice to protect this sacred and stunning area.

The face of online campaigning is changing – and we’re on the frontline with innovative and traditional tools alike to fuel any campaign.

Do Gooder is democracy in action – get some action here. 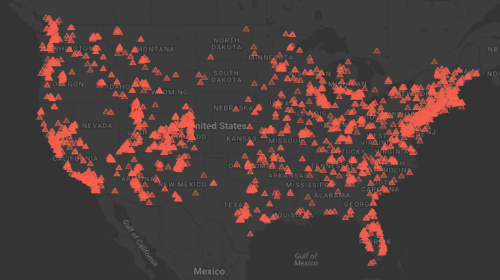 Celebrating women in activism with a revolutionary new tool: the Visual Petition