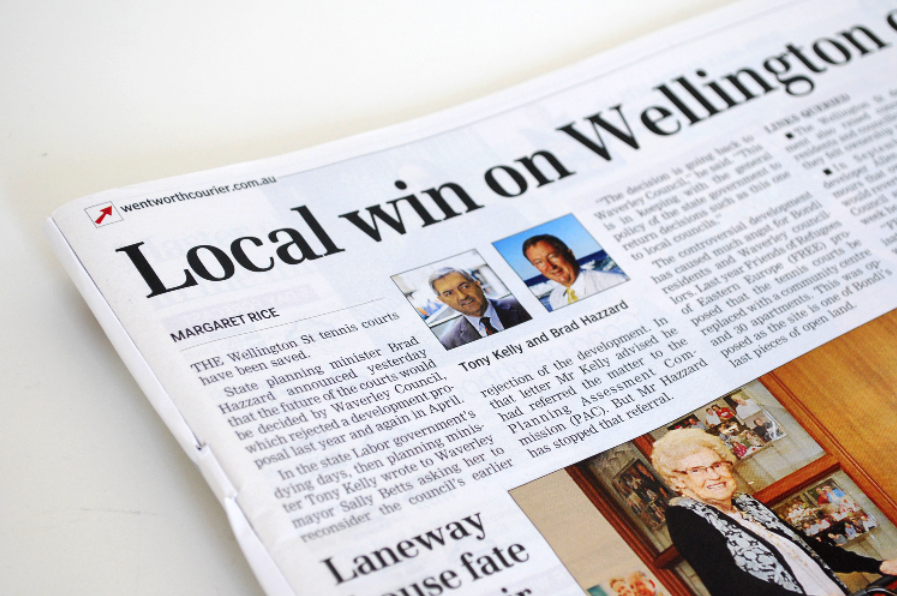 Late last year Do Gooder was in its early test phase when a local campaign to save the Bondi Tennis Courts came to our attention. We were only too happy to help support the local residents of the iconic Bondi Beach suburb as they attempted to stop a monster property development going ahead.

The campaign website lobbed hundreds of emails into council and helped organise an overwhelming show of force at council chambers on the night that the vote occurred; resulting in the local Waverly council voting against the development proposal.

The game didn’t end there however after a highly unusual move by outgoing NSW Planning Minister Tony Kelly resulted in the decision being referred to a government planning authority. Vigilant Rescue Bondi campaigners maintained pressure and were ultimately victorious last week when the current NSW Planning Minister Brad Hazzard overturned the referral.

A great result for the local area and a good example of how smart campaigners deploying effective tools like Do Gooder can make a real difference in their community.

Do Gooders are go!

Do Gooder is a 'techie tool for the masses'