At the heart of any debate on taxation is a common line from extreme capitalists: that the wealthy are like the industrialist superheroes in Ayn Rand's Atlas Shrugged, silently bearing the weight of society's running costs like the selfless altruists they secretly are.

Here is an approved illustration of the false narrative they want you to believe: 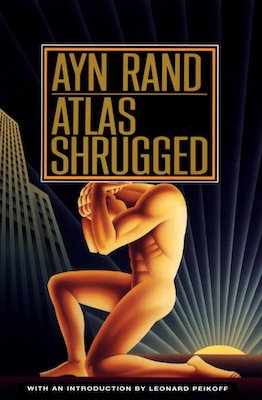 This financiers fairytale has as its central conceit the idea that the wealthy are currently abused terribly by society, evidenced by the fact they pay the biggest share of income tax.

What's worse, they explain in alarmist tones, is that their percentage contribution to income tax is increasing over time.

It appears to be (if we are briefly charitable with their interpretation) a terrible state of affairs indeed: the burden of the wealthy is so great - and increasing - that if we don't act soon they will soon be impoverished. Destitute. Homeless.

A generation of one percenters unfairly undone by an overly enthusiastic trickle down effect.

Before we neatly skewer this most fanciful of narratives with the simplest of charts it's worth quickly surveying the natural habitat of this Rich Man's Meme (RMM). It should be unsurprising to discover that RMMs find fertile support in radical 'Think Tanks' and right-wing 'News' media.

See for instance The Telegraph in the UK, which revealed last year that the richest one percent pay twice as much tax as the poorest 50%. The injustice suffered by the wealthy is so great a chart illustrating this needed to be included three times in the same article.

Look at that chart carefully though (maybe even three times) and keep in mind the apparent rising injustice of the wealthy over time: 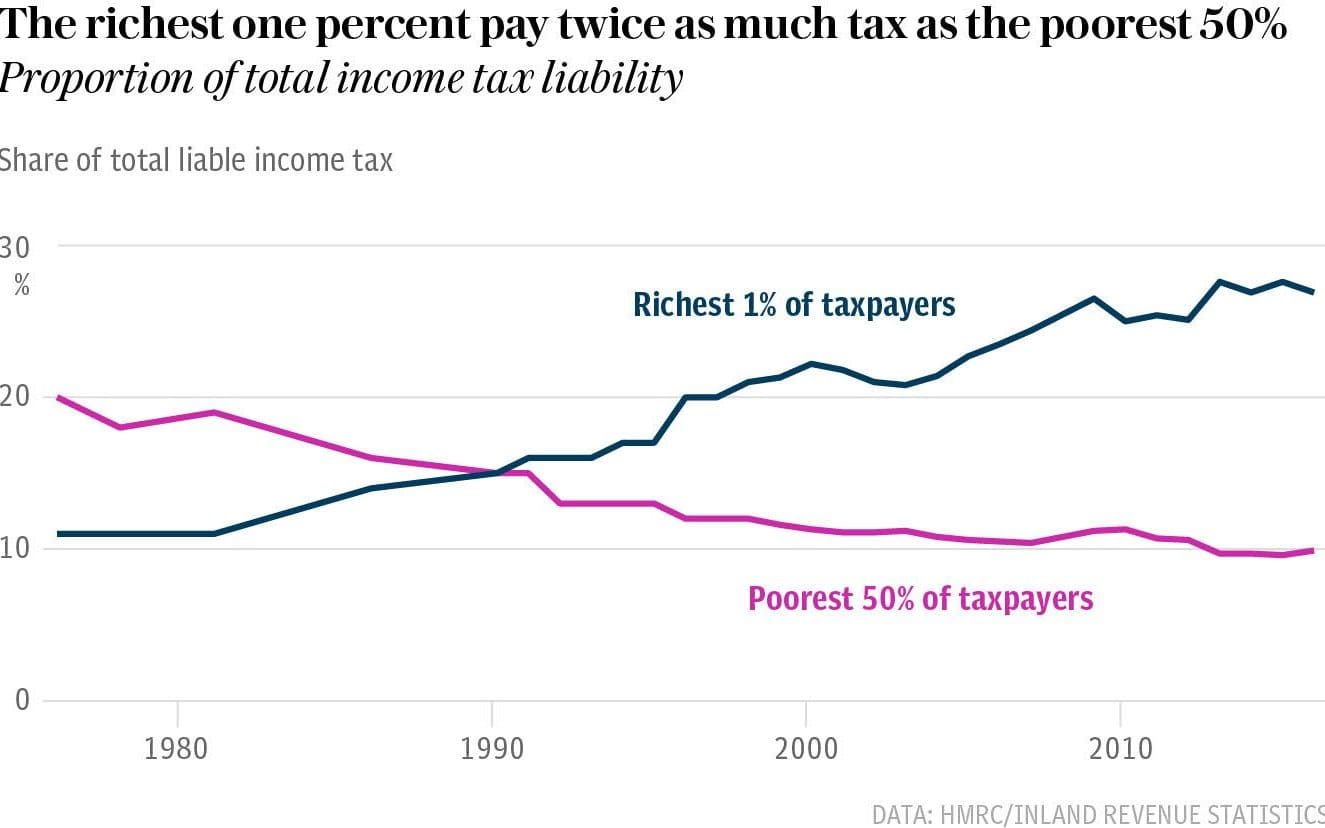 It really looks like they've been terrible advocates for their class interests since the 1980s, doesn't it?

More sombre evidence of the RMM comes from from the director of the 'Institute for Fiscal Studies', writing in the Financial Times: The rich are different but they pay a lot of tax.

The opinion piece is largely obsessed with 'poorsplaining' to the reader the sad reality that the rich are not really rich because, you see, there will always be someone richer than them.

Meanwhile in Rupert Murdoch's The Australian, the RMM gets a solid run in No, the rich don't pay a 'fair share' of tax. They pay all of it. We learn all about the RMM of course, and are reminded again of the abuse suffered by the wealthy:

High-income earners have become a giant pinata that the majority hit for extra money to pay for whatever new social spending programs the political class proposes to stay in office. 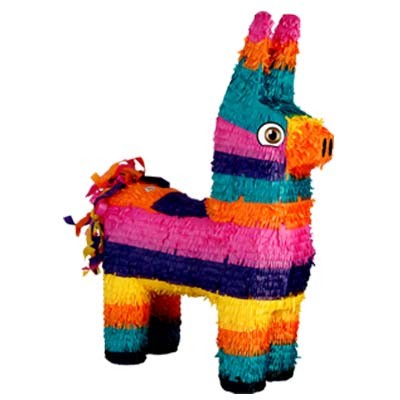 Finally, a masterpiece of economic and social analysis in the form of a submission to the Australian government on tax reform by the 'Institute of Public Affairs (IPA)' think, a thinly veiled lobbying front for those struggling to eke out a living on the fringes of the one percent.

The IPA cites yet more evidence for the RMM, revealing that: 'According to analysis by Deloitte, the top 20 per cent of income earners in Australia will see their share of all personal tax grow from 78 per cent in 2017-18 to 81 per cent in 2024-25.'

The wealthy just can't get a break, it seems, with their tax contribution increasing across the world.

The submission ends in a bold calling-out of the discrimination of the wealthy:

It would be hard not to find anyone moved by this terrible injustice. I mean won't someone please just think of the children's trust accounts? 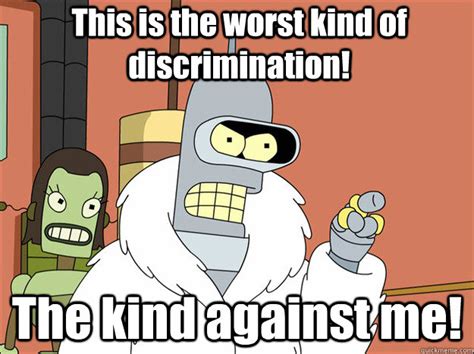 But there is one small problem:

According to the RMM thesis, the most unfair society is one in which the one percent shoulder 100% of the income tax burden. Sure they have all of society's income, but pity them for their criminally-oversized tax burden.

Of course, it then logically follows that the fairest society is one in which the one percent shoulder a mere 1% of the income tax burden. Sure everyone now earns the same income (Ich bin ein one percenters!) but finally an appropriate tax burden without the hassle of offshore haven hopping:

Who would have thought that, using reasoning that would make Ayn Rand proud, from a strict income-tax-burden perspective their argument ends in: communism.

Illustrating the extremes of income (and income tax) division reveals a stunning statistical truism: if you take a bigger slice of the income pie, you'll shoulder more of a percentage burden of income tax.

This masterful Rich Man's Meme is an important idée fixe to suppress outrage in those with no time or numeracy skills to penetrate it's psuedo economic fallacies, while providing rich confirmation bias and comfort to the ruling classes: a moral justification for the system as it is, and cover for the ongoing attacks on the already inadequate redistribution of resources from those with the majority of the wealth to those doing the majority of the work to create it.

It's about time we tore these psychological distortions down and replaced them with more reality based memes, perhaps something like John Kenneth Galbraith's observation:

“The modern conservative is engaged in one of man’s oldest exercises in moral philosophy; that is, the search for a superior moral justification for selfishness.”

Laying down our (API) roots