The Facebook / Cambridge Analytica scandal has launched surveillance capitalism into the global consciousness. Progressive campaigners and activists (and yes the platforms that serve them) should reflect on how they are complicit, what steps should be taken to reduce the harm to their supporters, and continue to lead their movements by example.

When The Guardian broke the story on the Cambridge Analytica scandal the world finally woke up to risks of unfettered digital surveillance of democratic populations.

While we were already uneasy about the psychological dark patterns Facebook engaged in, from recording and analysing our unsent updates through to running psychological experiments on us, it took a story on mass psychological manipulation in aid of a Trump presidential victory to shock us into the realisation that perhaps surveillance capitalism is ultimately incompatible with democracy.

As progressive campaigners working against unjust institutions and power structures we have an opportunity – a duty even – to seize on this moment and act to change our own behaviours and educate our communities. Consider that many of our colleagues, collaborators and supporters are the most vulnerable and interesting to a politically-focussed surveillance capitalism apparatus and we begin to more fully understand our moral and ethical duty here.

What to do in this moment? As the former Australian Greens Senator Scott Ludlam asked in his must-read opinion piece: Don't waste the Cambridge Analytica scandal: it's a chance to take control of our data:

The real question is whether we are ready, collectively, to draw a line under surveillance capitalism itself, and start taking back a measure of control.

As campaigners and activists constrained by time and money we've unwittingly traded our supporters freedom from surveillance for the increased utility of modern digital tools. In doing so we've ceded control, often to the very power structures and institutions we're working against. It's taken the Cambridge Analytica scandal to help us realise this is not mere hyperbole, but a harmful, counter-productive reality.

The good news is our progressive community is well-positioned to do the hard work in taking back control. We lead society in challenging the status quo on so many issues, and while we have been mostly silent on this issue to date – with a few notable exceptions plus some conversations and hand wringing within the progressive activist community – it is time we focussed our attention on our own practices and those of our community. To date we've assumed we could ride on the back of the surveillance system without the cameras turning on us.

But of course there is no such thing as a free ride and a system designed to manipulate the psychology of its users cannot be used without that manipulative transaction occurring. We should also remember that we are all susceptible to bias, to being influenced, and to having our own behaviour and the data it creates used against us.

The hard work begins now. Start questioning the tools, platforms and processes your organisation uses. Discover and share alternatives. Put in the time to make changes that won't deliver immediate campaign benefits knowing that the longer-term benefits are incalculable. Doing nothing is submitting to a harmful status quo - the antithesis of our reason for being as progressives.

As a platform that utilises a range of "free" technologies that provide critical functionality, Do Gooder needs to step up and ask how we can switch to alternatives that provide the functionality we need without the Faustian deal the tech giants force upon us to maximise their data haul. 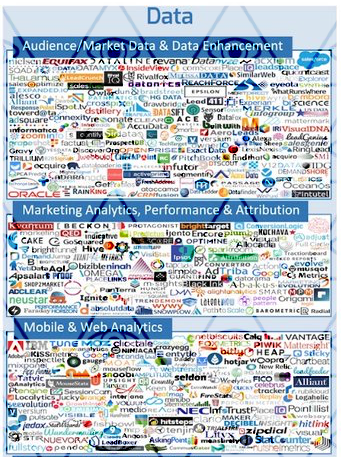 We’ll begin to unravel our own complicity in upcoming posts in the hope we can help others to find a way to disconnect too, but for now if doing anything seems overwhelming - start with one thing that may be easier than most ... our personal web browser.

The current status quo is to use one of the big brand browsers that offer a sophisticated plethora of features that we have grown to rely on for our sophisticated browsing and digital activities. That browsing behaviour however is being surveilled, if you're using any one of the big brand browsers. Most effectively by Google, the leader in surveillance capitalism, via its “free” Chrome browser, which is now used by a staggering 60 % of internet users.

In an upcoming post we'll discuss why and how we can begin to resist the surveillance system by making a concious choice on how we participate personally through our portals to the web.