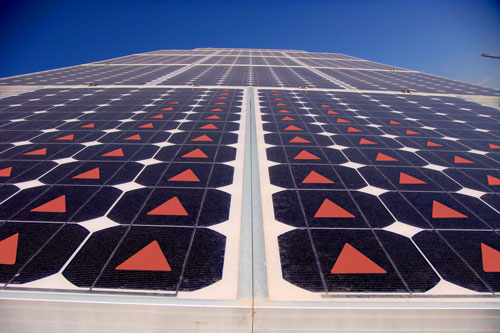 Well we knew Do Gooder was powerful but this result surprised even us.

Our first feature campaignDon’t hang NSW out to dry on solar, Barry**has achieved its goal in less than two weeks!
**

NSW Premier Barry O’Farrell has abandoned plans to cut the feed-in-tariff thanks to the combined efforts of the solar industry, the people of NSW, Getup and other community campaigners – and of course our very own Do Gooder platform (launched  by the guys at Solar Choice) which was instrumental in “bombarding” (the media’s term not ours!) politicians with over 300 angry phone calls and hundreds more emails.

“The plans were met with a backlash from some government MPs, who were bombarded with calls from constituents angry at the government’s proposal to introduce retrospective legislation to achieve the cuts.” – The Sydney Morning Herald

**A good result **for our first feature campaign and proof the platform gets results.

We had an eventful first week on the campaigning front but thankfully not on bug fixing front. The platform has been rock solid so we were able to spend more time talking to our beta test crew. A few even spoke back …

“This is exactly what I was looking for but didn’t know until it was right in front of me … looking forward to being a Do Gooder,”

We’re keen to get more campaigns up so if you have a good cause and a campaign you’d like to run then get in touch and we’ll sign you up.

This week it’s back to the labs to kick off the final iteration of design and build before we go live. Next week we’ll share an in-depth look at one of our supercharged tools – Beta testers will know what we mean ; )

Until then, be good.

The Do Good crew

The wraps are off!

‘If the planet is warming, why is it so cold in my heart?’ asks Alan Jones.