Announcing the winners of the 2017 Do Gooder Awards - Australia. Australia
Jessica Medcalf November 21, 2017

What an incredible privilege to judge and present the innaugural Do Gooder Awards, recognising the amazing people that make up the broad church that is the progressive movement. It was perhaps fitting that we did so in an actual church, at the FWD + Organise 2017 conference.

During the nomination period, the marriage equality aka YES! campaign, which had just won a huge victory the week before in Australia recieved loads of love, and the most nominations of all. The #StopAdani campaign that was also just about to clock up a huge campaign win in the Queensland election had a host of nominations too.

We also received nominations (via the Do Gooder Selfie Action tool of course!) for some of the more unsung campaign heroes like Francis Voon - the Faith and Multicultural Outreach Coordinator for the Equality Campaign, Dulce Munoz from Mums for Refugees, the resilient and inspiring Clynton Pryor, and Shonica Guy who is bravely taking on Aristocrat and Crown Casino. 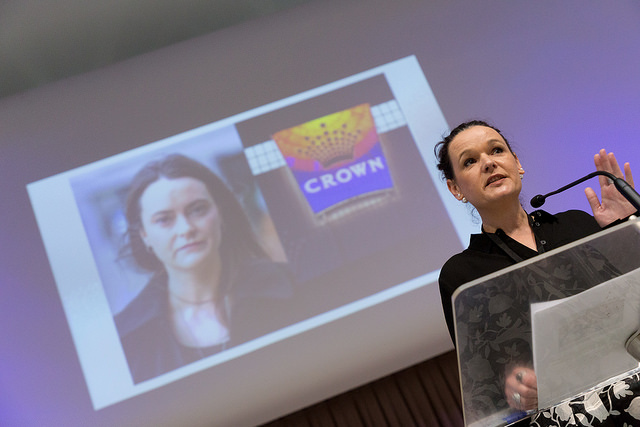 It was an incredible line of people, and we were relieved to only judge two of the categories!

But without any further ado, the winners were ... 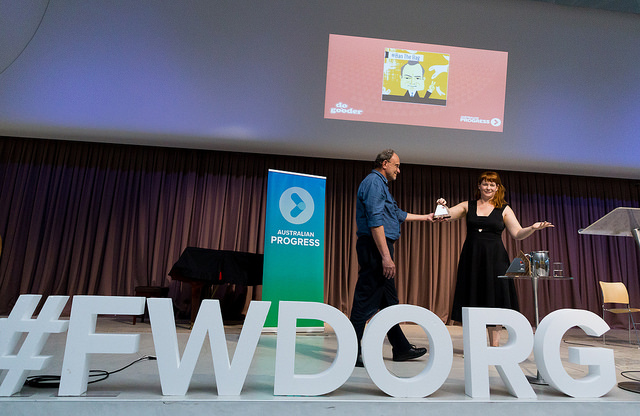 The Australian Progress Impact Award went to #BanTheBag a winning campaign spearheaded by the Boomerang Alliance, which has so far successfully lobbied all of the major Australian supermarket chains, as well as two state governments, to ban plastic bags. This campaign recieved the most votes by far, clearly having a massive impact and will no doubt go a long way in helping to reduce the plastic that enters our rivers and oceans. 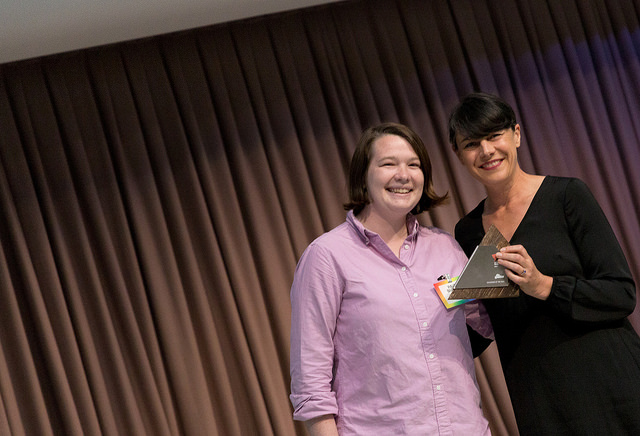 UN Youth Ambassador Paige Burton was crowned Do-gooder of the Year, for her incredible work bringing youth issues direct to our decision makers in Canberra. 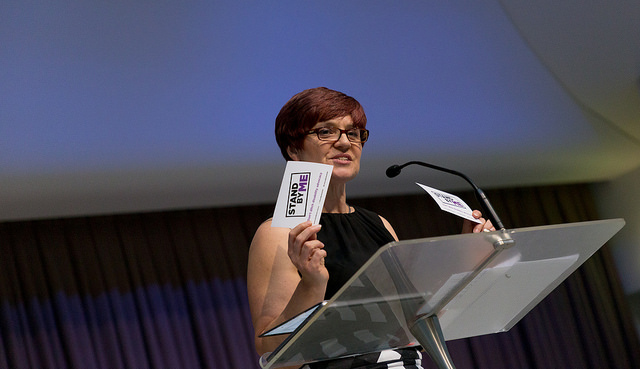 Physical Disability Council of NSW took out the Best Community Powered Campaign Award for their incredible work to make the Sydney Harbour Bridge accessible to all!

And last but not least, GetUp! won the Best Digital Campaign Award for their advanced calling tool, which was used to power up the marriage equality campaign, enabling calls to millions of Australians encouraging them to get out to vote YES! 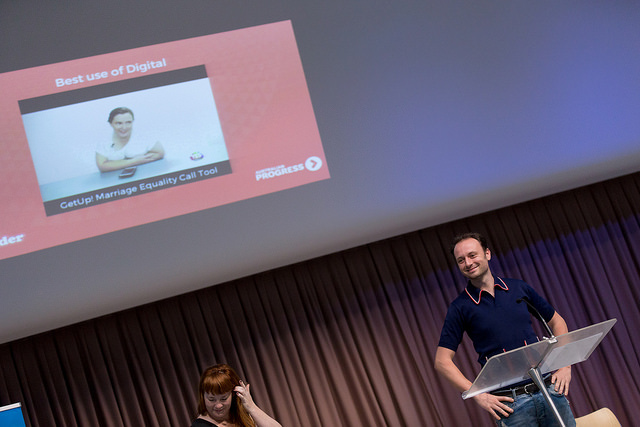 Such worthy winners! Congratulations to them all, and all who were nominated.

We'd like to thank our judges and sponsors who made the great prizes available including Digital Storytellers, Future Friendly, Sphinx Yoga and Billabong Retreat

It's been a good year in many ways for the progressive movement, with some big wins – as well as the inevitable set backs. The Do Gooder Awards are designed to remind us to stop, celebrate our community and re-energise the most important resource our movement has, ourselves.

The inaugural Do Gooder Awards - Australia, are GO!